BUFFALO, MN – Two suspects have pleaded guilty for their involvement in the murder of Cheyenne Clough, while a third suspect is expected to plead guilty June 1, exactly two years after the 19-year-old Buffalo woman was shot and left for dead at Crow Springs Park in Franklin Township.

Assistant County Attorney Brian Lutes said Benson admitted to shooting Clough, along with other facts related to the case, and agreed to serve a 40-year sentence in prison, the statutory maximum. Benson will officially be sentenced Tuesday, May 29. 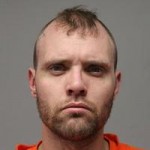 Jensen entered what is known as an Alford plea, Lutes said.

“It’s a legal case that permits someone to plead guilty by establishing what happened by the testimony of other people,” Lutes said. “Basically, what you say is, ‘If you had a trial, here’s what the witnesses would say.’ I took him through a litany of what all the key witnesses would say . . . They would testify, to one degree or another, that he ordered the gun to be brought out in a backpack and that he asked them to take her and shoot her.”

Lutes said the Alford plea “allows him to maintain innocence to some degree, but admit the jury would find him guilty.”

Jensen will be sentenced May 31. Guidelines call for Jensen to be sentenced to at least 326 months, or slightly more than 27 years, in prison.

“The most he can get is 480 months, which is what we’re going to ask for,” Lutes said. “That’s the statutory maximum. The reason we can ask for more than the guidelines sentence is he agreed to an aggravating factor that the crime was committed by three or more persons.” 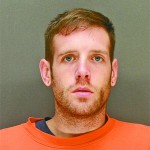 According to criminal complaints, Jensen provided a .22 caliber revolver and ordered a “hit” on Clough to have her killed after an argument at his home in Maple Lake.

Later that morning, Jensen, Benson, Zelko, and two others fled to International Falls, where the murder weapon was reportedly thrown into a river. It was never recovered.

At about 8 a.m. June 1, Clough’s body was discovered in the park. Clough, the mother of a then-3-year-old son, was transported to North Memorial Hospital, where she died June 4.

Lutes said Clough’s family was involved in discussions about resolving the case.

“No one is ever completely satisfied with an outcome when they’ve lost a loved one,” Lutes said. “There are multiple people we talked to. They all understood what we were doing, and we had the support of most of the family.”

Members of Clough’s family were present to hear the guilty pleas from Benson and Jensen, and are expected to give victim impact statements at the upcoming sentencings.

Lutes explained the rationale behind working to avoid trials.

“The case is unusual in the sense that we had a lot of witnesses who were people involved in meth culture, as well, because that’s who the defendants hung out with,” Lutes said. “There was some uncertainty and unreliability with their ability to testify and remember things. It is a sense of relief to not have to deal with the uncertainty of those witnesses, and yet accomplish a pretty good result.”