None seriously injured in Highway 12 crash 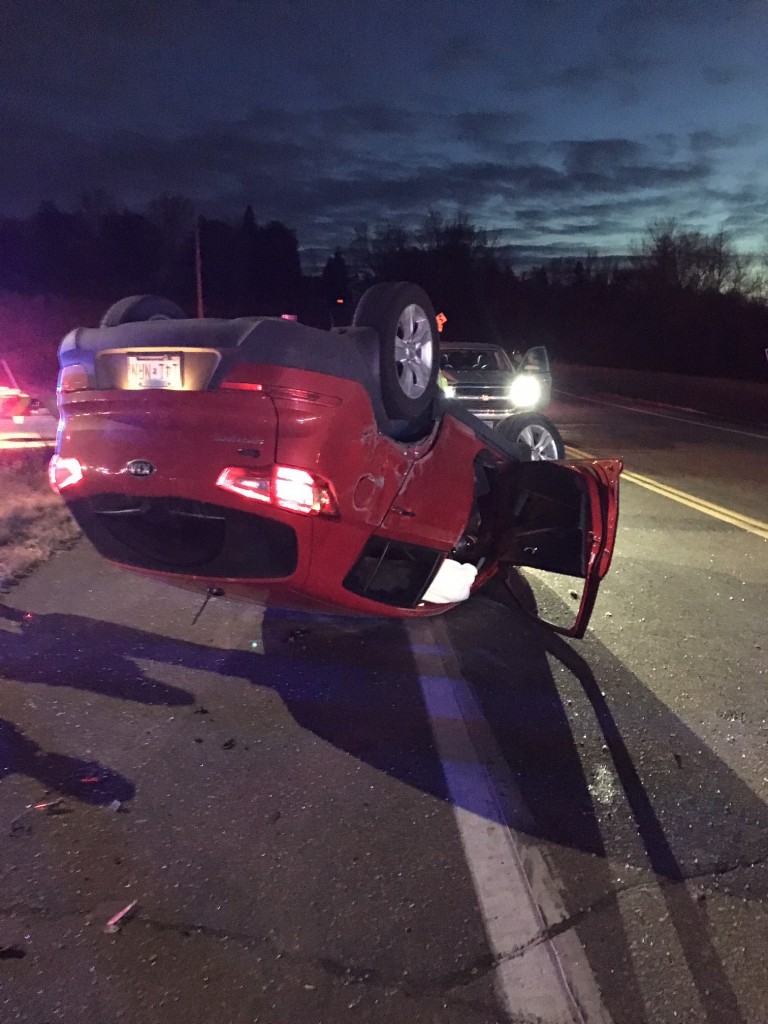 The occupant of this vehicle was not seriously injured in a crash on Highway 12 at the intersection with Hennepin County Road 90 Tuesday.

INDEPENDENCE, MN – Three individuals involved in a Tuesday evening crash escaped serious injury, despite one vehicle rolling onto its roof.

According to West Hennepin Public Safety Department, a vehicle driven by Anita Williams, 67, of Zimmerman was southbound on Hennepin County Road 90 when she began to cross Highway 12. As she crossed, her vehicle was struck by an eastbound vehicle driven by Shawna Erlandson, 48, of Hastings.

Williams told officers she had stopped at the stop sign and was unsure how she did not see the other vehicle.

Erlandson said she braked to avoid the crash, but was unable to do so.

Williams was treated for minor injuries, but was not transported to the hospital.

Erlandson was unsure if she was injured, was evaluated by North Memorial paramedics, and released.

A passenger in Erlandson’s vehicle, 54-year-old Kevin Christoffers, of Atwater, suffered minor injuries to his head and one of his hands from the crash. Paramedics from North Memorial and the Maple Plain Fire Department evaluated Christoffers, who was not transported to the hospital.

Following the investigation into the crash, Williams was issued a citation for failure to yield at an intersection.

WHPSD Chief Gary Kroells expressed relief that the results of the crash were not worse, and looked ahead to improvements that could prevent such crashes in the future.

In addition to the MPFD and North Memorial, Orono and Medina police departments also assisted at the scene.