BUFFALO, MN – A Howard Lake man is expected to serve 41 months in prison, and will be ordered to pay restitution, after pleading guilty to felony drive-by shooting in connection with an incident that occurred May 1, 2018, in Delano. 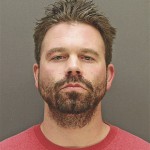 “The defendant pleaded guilty to the crime he committed: felony drive-by shooting,” Lutes said. “He admitted firing a 9 mm firearm from his moving vehicle towards the vehicle driven by another individual. It is very fortunate for the defendant and all involved that the driver was not hit by a bullet. The charge would have been much more serious had the driver been struck by a bullet. The sentence the defendant is going to receive is a sentence authorized under the Minnesota sentencing guidelines.”

According to a formal complaint, Moist allegedly told a relative he believed he had figured out who had killed his cousin and “he was going to take care of it.”

Authorities believe that led him to Delano in the early-morning hours of May 1, 2018, and eventually to him firing at least five shots at a vehicle, according to the complaint.

The Wright County Sheriff’s Office was called to the scene at 2:24 a.m.

The victim – Joseph Campbell, now 37, of Watertown – told law enforcement he had observed a silver vehicle with one headlight sitting in the parking lot of the Holiday gas station in east Delano. When he turned onto County Line Road, he discovered the vehicle traveling behind him.

As the victim attempted to turn around in the Stahlke Bus Service lot at 5280 County Line Road, the other vehicle accelerated and began to pass on the right shoulder. At that time, the victim heard gunshots coming from the vehicle.

Bullets struck the victim’s 2003 Chevrolet Tahoe, with one or more rounds hitting and shattering the passenger-side window, propelling glass fragments into his face.

The victim was not able to identify the suspect, who reportedly continued on County Line Road and drove away.

Numerous bullets and bullet fragments were recovered from the vehicle. The bus garage and two buses were also damaged by gunfire. Despite that damage, bussing was not affected, according to an email to parents of students at Delano Public Schools.

Reviewing surveillance video from Coborn’s, detectives were able to identify the suspect vehicle and an image of the driver wearing a distinctive shirt.

When the vehicle was discovered stuck in the mud near a boat access at Lake Rebecca Park, multiple 9 mm shell casings were visible through the front windshield of the vehicle, consistent with the weapon used in the shooting.

Deputies took Moist into custody after witnessing him leaving a relative’s Howard Lake home with another relative, and located a fully-loaded 9 mm handgun in the glove box.

Authorities say that relative had previously approached them at the crime scene looking for Moist, saying he had called her for a ride.

Deputies went to the home where Moist had been located and spoke to that relative, who reportedly told them she had seen Moist’s gun, which he had claimed was a BB gun, and that Moist had told her he had figured out who had killed his cousin, who died June 2017, and was going to take care of it.

Deputies recovered the shirt that Moist had allegedly been wearing that morning and it matched that shown on the surveillance video.

After being advised of his rights, Moist reportedly told law enforcement a friend had used his car.

“The defendant’s statement lacked sufficient detail to be considered credible and was inconsistent with surveillance video depicting the defendant as the driver of the vehicle at the time of the shooting,” according to the formal complaint.

Moist was previously convicted of a misdemeanor charge of disorderly conduct in 2008.