DELANO, MN – For two months, a task force at Delano Public Schools has been working toward a plan for the 2020-21 school year.

“We were so focused on finishing up the year, getting everything complete, but we were already starting to think about next fall, what’s it going to look like?” Superintendent Matt Schoen told the school board Monday.

He shared those plans with the school board, and fielded questions.

Because the meeting occurred before Gov. Tim Walz’s announcement about school Thursday, many things were up in the air, leading the board to schedule a special meeting for 5:45 p.m. Monday, Aug. 3, to discuss the announcement.

The task force has been preparing for three scenarios: a total return to in-person learning, distance learning, or a hybrid of the two. Because the district has grades kindergarten through 12th grade on one campus, Schoen said all schools would use the same scenario.

Schoen explained the hybrid model that would be used if needed.

“That made the most sense with regards to Department of Health safety guidelines,” Schoen said. He added that some students, such as those with Individualized Education Plans, and English language learners, might be on campus more often than their peers.

The task force also considered a model that would have students going to school every other day.

Schoen said the district must be prepared to shift from one scenario to another with only one day’s notice.

“If the Department of Health notifies us our community has an outbreak or has a cluster and we’ve hit a threshold where we can’t conduct school in a normal fashion, we’d have one day,” Schoen said. “If that happened on a Tuesday, we’d have Wednesday for planning for hybrid and, Thursday, you’re in hybrid or you go to distance learning. All those kinds of logistical things will have to be worked out in the next phase.”

If the school year starts with in-person learning, the district will have a plan to best set up the schools to provide as much space for students and staff as possible while following Department of Health requirements.

Schoen noted that the majority of superintendents in Minnesota would prefer to start with in-person learning.

“It makes sense to establish relationships with students and teachers,” Schoen said.

If the district is required to utilize distance learning at any point, it will look different than it did in the spring, Schoen said.

“We noticed in feedback from parents, there were inconsistencies there,” Schoen said. “We have to prepare for a much more structured distance learning format.”

That would include more face time and clear expectations for students, parents, and staff, he added.

School Board Member Amy Johnson asked if families could opt for distance learning even if in-person learning is taking place.

“There are some families that would say, ‘I’m not comfortable. There’s a medical situation with my child or family,’” Schoen said. “We would provide distance learning for them . . . There might be some staff who are very concerned about coming back because of their own situation. They might choose distance learning.”

In addition to surveying parents, the district is also surveying staff “just to find out, of all our employees in the district, if we start in person, who has concerns about that?” Schoen said. “How would we go through the human resources procedure of identifying those individuals? What is the cause and the reason for it?”

Chair Lisa Seguin asked if the staff who are uncomfortable with in-person learning could be designated distance learning teachers for students who will not be learning in person.

“When we run the numbers, it’s difficult,” Schoen said. “We’re not going to have exactly 22 second-grade students deciding to distance learn and can have a teacher with those kids and it all be hunky dory. There might be multi-level distance learning classrooms one teacher can cover . . . We have to look at it in the most equitable way.”

Johnson said she had received suggestions from parents to have high school students do distance learning and spread other grades throughout the high school.

Schoen said there would be concerns about equity and staffing for such a scenario.

Schoen said that is yet to be decided.

School board members Rachel Depa and Jennie Rosenow expressed concerns about the amount of communication from the district to parents.

“I think some parents we’re hearing from are super involved parents,” Rosenow said. “They’re like, ‘Just tell me you guys are working on it.’ We recognize there were gaps. It went fast. It wasn’t great in the spring. What are we doing to make it better? Say we’re working on this? Maybe a blast every week: ‘We’re working on it. We’re hearing you.’ A lot of them are feeling, ‘We’ve taken three surveys. We’re putting a lot in, but not getting a lot back.’”

Johnson said the communication could be as simple as notifying parents of the task force, topics being discussed, and directing them to the appropriate person for questions about specific topics.

Johnson asked about funds the district has to respond to the COVID-19 pandemic.

Schoen said the district received $90,000 in funding from the Coronavirus Aid, Relief and Economic Security (CARES) Act, of which about half was spent on Chromebooks.

“We knew we had to get to a one-to-one ratio regardless of the scenario,” Schoen said. “Other funds are specifically for other services, mental health services, or the like.”

The district will also receive a portion of $4.4 million from the county, to be distributed based on the district’s number of pupils from Wright County.

In other business, the board:

• identified social justice as a topic for a future listening session including students.

• approved a two-year extension of the snow-plowing agreement with JENCO Property Maintenance. The total estimated cost will remain at $23,640.

• approved second and final reads of the following policies due to substantive changes: Policy 514 regarding bullying prohibition, and Policy 515 regarding protection and privacy of pupil records.

No comments Posted in News, Schools 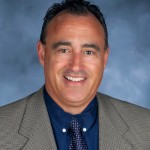 DELANO, MN – Darren Schuler grew up in Watertown, had his first teaching job in Watertown, and he has announced he will now become the superintendent of Watertown-Mayer Public Schools, after 15 years as principal at Delano Elementary School.

“I’ve really been fortunate and honored to serve here for 15 years,” Schuler said. “I’ve worked with so many great students, staff, and families . . . Hopefully, I made a difference and left the place a little better than when I got here.”

A number of highlights happened on Schuler’s watch.

In 2013, the school was named a national Blue Ribbon School.

“It’s a ‘we’ thing,” Schuler said. “It’s students, staff, and the parent community that helps you achieve that kind of a national award. That’s been really exciting.”

Schuler brought student success teams to the school. It brings teachers, principals, social workers, special education coordinators, and intervention teachers together twice monthly with teachers who may have students who are struggling academically and/or behaviorally, and gives them strategies to try, with a follow up six weeks later.

“That has been expanded to each of the four buildings to really help teachers and give students the supports they need to be successful,” Schuler said.

In general, he and the school staff have worked to create a welcoming climate.

“Kids want to come to Delano Elementary School each and every day because they are welcomed and valued,” Schuler said. “That’s been huge for our staff and, certainly, our parents, too. We’ve had a great partnership with parents. They have to be an important part of the educational experience. They say, ‘This building is different. There’s something different there, and I love coming to it because it has a feeling of welcoming.’ That’s been important to me.”

Part of the school’s climate and culture is the Tiger Way, which promotes being responsible, respectful, kind, and safe.

In order to prepare students, they start out with orientation days each year.

“We really felt we wanted our students and parents to have a better connection at the start of the year with the child’s teacher,” Schuler said. In addition to allowing teachers to do diagnostic work with their students, orientation days provide time for pictures, hearing and vision screenings, bus safety activities, etc.

Schuler has been a part of the districtwide literacy initiative.

“That’s been exciting to see transformational teaching that is occurring,” Schuler said. “You’ll see that translate to student performance.”

He earned his superintendent license within the last year, and returning to Watertown seemed like the right fit for him.

“When we started talking about potential jobs I would take, we drew a pretty small circle,” Schuler said.

“ . . . Whatever job I took needed to be within a close radius. This is the only one I applied for. It’s close. I know the district well. The comfort level is quite high in making this transition.”

Schuler said he is thankful for the students, staff, parents, superintendents, and school board members he has worked with.

The feeling is mutual.

“He’s a veteran, experienced principal,” Superintendent Matt Schoen said. “He’s been a great asset. We are absolutely going to miss him. We wish him the best.”

“We’ll work on a transition plan with him,” Schoen said. “ . . . We’ll take an internal look at what we can do . . . We don’t have time to hire in our normal venue. We don’t have that logistically figured out.”

No comments Posted in News, Schools

DELANO, MN – The Department of Education has asked districts to design contingency plans for three scenarios in the 2020-21 school year: regular in-person classes, distance learning, or a hybrid mix of the two. The Delano Public School District has assembled a task force and a community advisory committee to prepare for all three scenarios.

Regardless of the format, due to the guidelines of the CDC and the Department of Health to limit multiple users on devices, the district will implement a 1-1 student-to-device ratio for the 2020-21 school year. However, the district is not in a financial position to purchase all of the additional Chromebooks needed. As a result, the district will depend on a number of students to bring their own devices in order to achieve a 1-1 ratio.

Students in grades 4-12
Students in grades 4-12 will be assigned a Chromebook, or the student may bring their own device from home. The district is asking families, especially those with students in the secondary grade levels, to explore the option of providing a device for their student. Please complete this four-question survey by Thursday, July 9, to help the district determine how many families are willing to provide their own devices for educational purposes.

As a reminder, the state is scheduled to announce the format in which schools will begin the school year during the week of July 27. 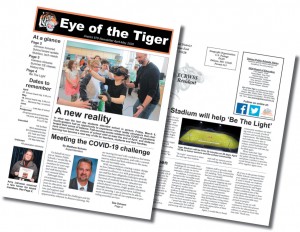 CLICK HERE for the full pdf version of the Delano School Newsletter!

Amy Johnson received the President’s Award from the Minnesota School Boards Association during a recognition luncheon at the January MSBA Leadership Conference in Minneapolis. The award goes to board members who have attended 300 or more hours of MSBA training programs, and only 15 board from around the state qualified in 2020. In all, there are nearly 2,200 school board members in Minnesota.

Business Manager Mary Reeder will present about the budget and levy, while auditors from Bergan KDV will provide a presentation about the district’s audit.

Other items on the agenda include:

• approving a transportation contract with Stahlke Bus through 2021

A work session will take place beginning at 5:45 p.m.